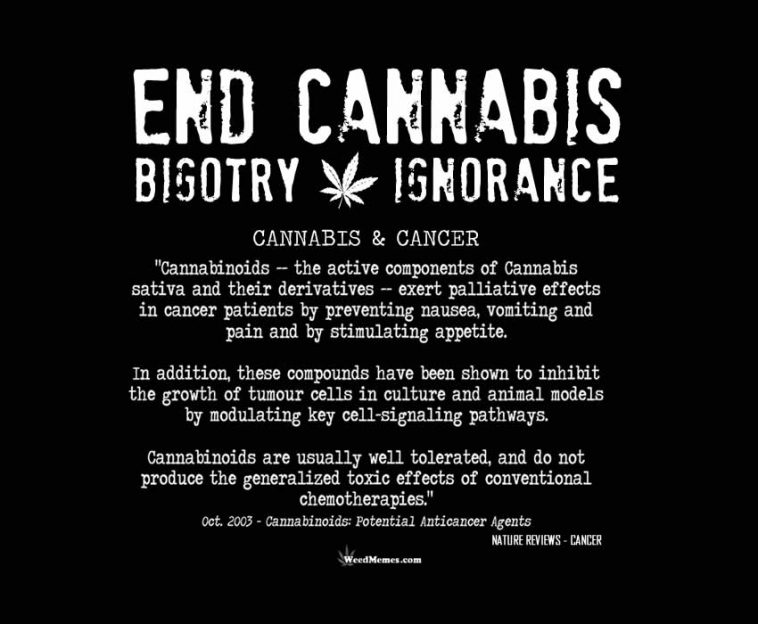 The prohibition on cannabis has created a pervasive ignorance, which in turn has lead to cannabis bigotry. If people really knew the many potential medical benefits of cannabis, most would be wondering why we’ve wasted so much precious time that could have been used for research and saving lives with weed!

“Cannabinoids — the active components of Cannabis sativa and their derivatives — exert palliative effects in cancer patients by preventing nausea, vomiting and pain and by stimulating appetite.

In addition, these compounds have been shown to inhibit the growth of tumour cells in culture and animal models by modulating key cell-signaling pathways. 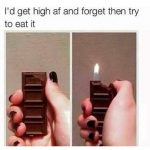 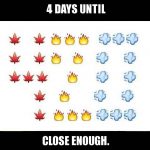