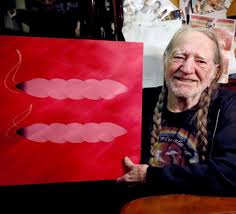 Willie Nelson is one of the godfathers of weed with some of the best quotes about marijuana that go straight to the truth of the matter on cannabis legalization and marijuana use in this country in general.

Here are some of the best Willie Nelson memes about marijuana and memorable quotes about smoking weed and legalization.

Willie Nelson is 80! If weed is a gateway drug, it better hurry.

Funny but honest weed meme about marijuana being a gateway drug. Willie Nelson is 80 and hasn’t reached the gateway. It better hurry!

Marijuana is like sex. If I don’t do it everyday, I get a headache.

MARIJUANA IS AN HERB AND A FLOWER! – Best Willie Nelson Marijuana Quotes

I think people need to be educated to the fact that marijuana is not a drug. Marijuana is an herb and a flower. God put it here. If he put it here and he wants it to grow, what give the government the right to say that God is wrong?

The government is not God. It is a system created by the people for the people. It does not have the right to say that one of God’s creation is good while saying another is evil. Willie Nelson was right on point with his marijuana quote about weed being a plant.

Did a great job disguising the tour bus yet for some reason everyone still knows the second he drives into town.

That’s a serious hotbox Willie Nelson tour bus! As far as how people are finding out when Willie Nelson’s tour bus rolls into town…haven’t a clue… 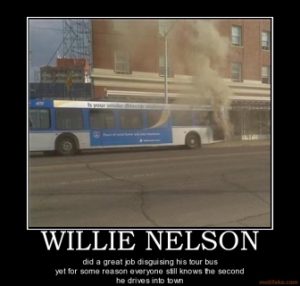 The biggest killer on the planet is stress and I still think the best medicine is and always has been Cannabis.

Anyone who have ever smoked weed knows what Willie Nelson’s weed quote is saying. Even if people oppose marijuana for whatever insane reason, it’s undeniable that cannabis does relieve stress!

To all the blunts I’ve toked before. That made me buy bulk cheetos at the retail warehouse store.

Why do you want the criminals to make all the money off of marijuana when it’s proven that it won’t kill you unless you let a bale of it fall on you?

And there’s no risk of that since even in states that have legalized cannabis in some form have restricted right of people to grow marijuana so much that nobody is going to be home growing in bulk under the current system of prohibition. Listen to Willie Nelson’s marijuana quote and vote to legalize marijuana in your state!

IT WON’T KILL YOU UNLESS.. – Best Willie Nelson Marijuana Quotes

It won’t kill you … unless a bale of it falls on you.

There is always that risk but we think it’s worth the risk for all the lives saved, jobs created, tax revenues collected, and freedoms achieved. We are with Willie Nelson on his marijuana quote!

ALWAYS GET THE BEST WILLIE NELSON MARIJUANA MEMES AND WEED QUOTES AT WEEDMEMES.COM!