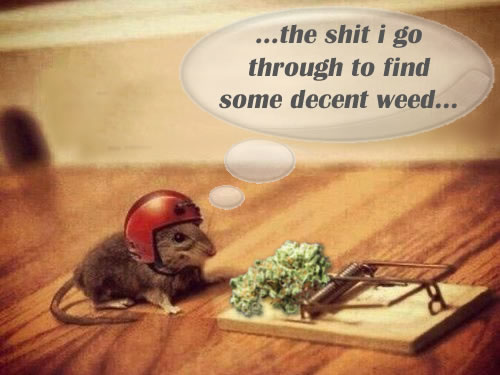 Funny memes make us laugh and enjoy our high when we are blazed! Some of the funniest movie characters have been potheads when have been immortalized online in funny pothead memes and weed smoking memes. We have gathered our list of some funny marijuana memes that will help elevate your high to new levels of laughter and funny shit so check out the best top ten funny marijuana memes at weedmemes.com!

Yup yup yup ain’t that the truth about a new bag of weed! Every time I get a new bag, smoke the shake, smoke the mini nugs, save the big nug for last! Check out the best top ten funny marijuana weed memes at weedmemes.com! 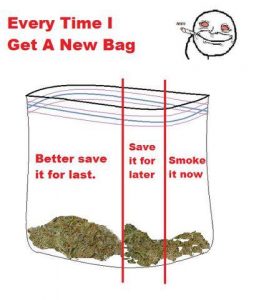 It’s a struggle for sure to find some decent weed! This funny finding weed meme says it all! This little mouse is ready to go to the wall to get his good weed! Funny meme yes but truth! Legalize and save a mouse! 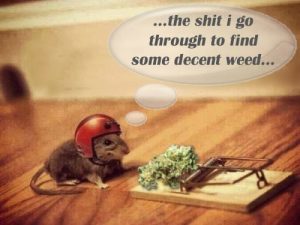 The DEA is worried about bunnies getting to the weed! Funny marijuana meme about weed being for bunnies now! Pot isn’t just for hippies any more funny memes! 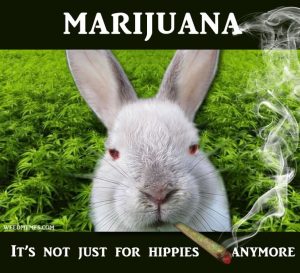 Every feel like uh huh wtf am I doing??? Then you’re like nah man I didn’t do that shit! Then you see the pic and it’s like yo Kush had me like vacuuming the lawn before laying down to go the bed  ! Get funny kush had me like weed memes for the best top 10 funny marijuana memes! 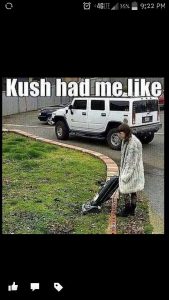 WE WERE HAVING A GREAT TIME – Top Ten Funny Weed Memes

Fun times and funny memes! It’s a party having a great time with the best funny marijuana memes!  ….then we heard you say you don’t smoke pot? WTF? The party is ruined but the best funny weed memes are always here at the home of the funny smoke pot memes! 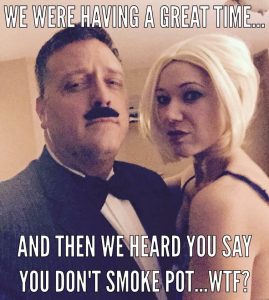 Legalize a plant so people’s lives aren’t ruined for growing marijuana that exists in nature! Never smoke the weed before its time but do it in a prohibition state and it’s like jailbait! Funny marijuana growing memes and other pot related funny memes. 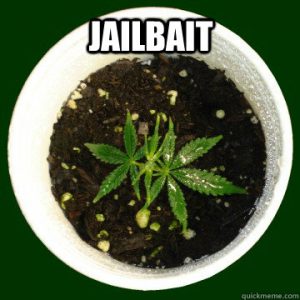 On this flight stoners are treated to first class if they got the good shit! Funny marijuana good shit memes. Don’t you wish you could blaze on a long flight? And don’t you wish only the good shit got to blaze because second hand reggie smoke is hazardous to your high! 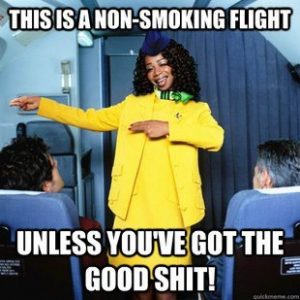 Let’s get weed legalize so we can look back at the great weed prohibition like we do the alcohol prohibition! Weed is safer than alcohol! Why make people buy it illegally off the street from a drug dealer! Funny old man weed meme. 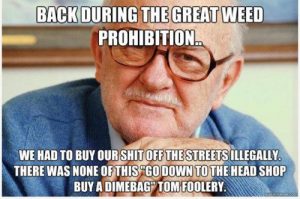 Funny bong water meme of a sign where someone has written “ok for bong water”. After seeing some people’s bong water, the sign should say DO NOT POUR BONG WATER in creek! Get the best funny marijuana memes at weedmemes.com! 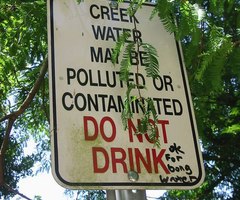