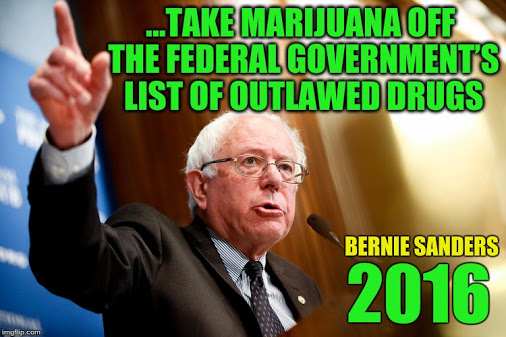 There is a great deal of excitement about Bernie Sanders in the marijuana community. Sanders has been talking about legalizing marijuana and reforming the criminal justice system that has incarcerated thousands of people simply for weed! Bernie Sanders has also pointed out the disparity in the racial composition of marijuana arrests. Not surprisingly, more blacks are arrested for marijuana than whites  by a 4 to 1 margin as noted by Bernie Sanders in one of his marijuana quotes.

We have compiled the Best Bernie Sanders Quotes About Marijuana & Marijuana Legalization in the U.S. 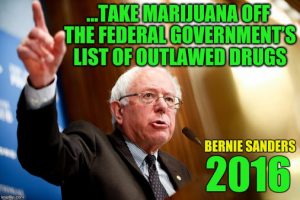 “In the year 2015, it is time for the Federal government to allow states to go forward as they best choose, remove the Federal prohibition on marijuana. That means that recognized businesses in states that legalized marijuana should be fully able to use the banking system without fear of Federal retribution.” 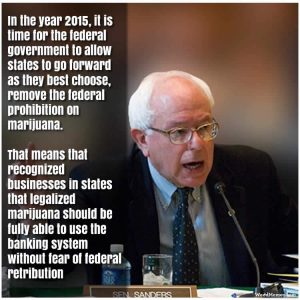 “Although about the same proportion of blacks and whites use marijuana, a black person is almost four times more likely to be arrested for marijuana possession than a white person. 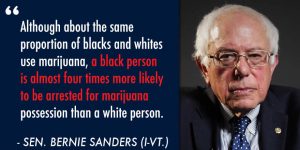 “It is not acceptable that many young people have criminal records for smoking marijuana, while the CEO’s of banks whose illegal behavior helped destroy our economy do not” 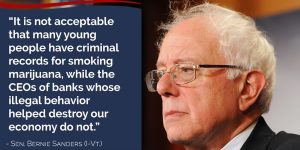 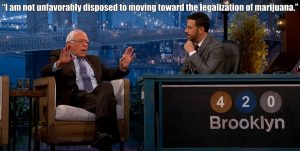 BERNIE SANDERS CANNABIS QUOTE: SANDERS POINTS OUT THE LIVES RUINED BY PEOPLE BEING ARRESTED SIMPLY FOR HAVING MARIJUANA

“Too many Americans have seen their lives destroyed because they have criminal records as a result of marijuana use. That’s wrong. 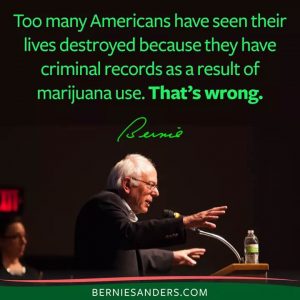 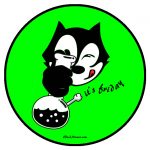 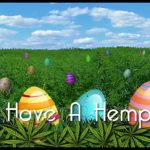