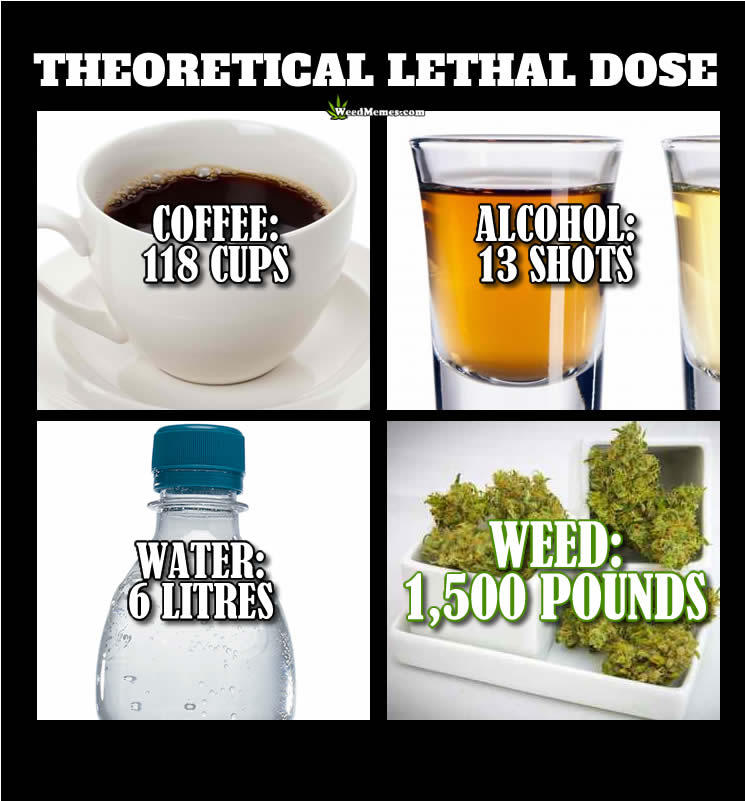 There has never been someone who has overdosed on weed. Researchers have projected a theoretical lethal dose for marijuana which has been determined to be approximately 1,500 pounds! It’s a ridiculous statistic because nobody could or would ever smoke that much weed at one time! But for entertainment purposes, this weed infographic shows the comparison of marijuana theoretical lethal dose with those of common chemicals we ingest everyday.

An alcoholic could easily drink 13 shots or more. Someone killed themselves by accidentally drinking too much water. No one has ever overdosed on weed. And as this marijuana infographic shows, the possibility of someone ingesting an amount of marijuana to overdose is an impossible number. Support the legalization of marijuana for both medical and recreational purposes. Support people’s right to grow cannabis as a plant in their gardens! Weed is safer than booze, coffee, and even water! Get the best weed memes and marijuana legalization infographics at WeedMemes.com. 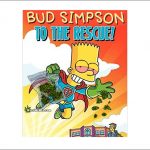 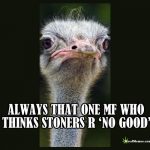