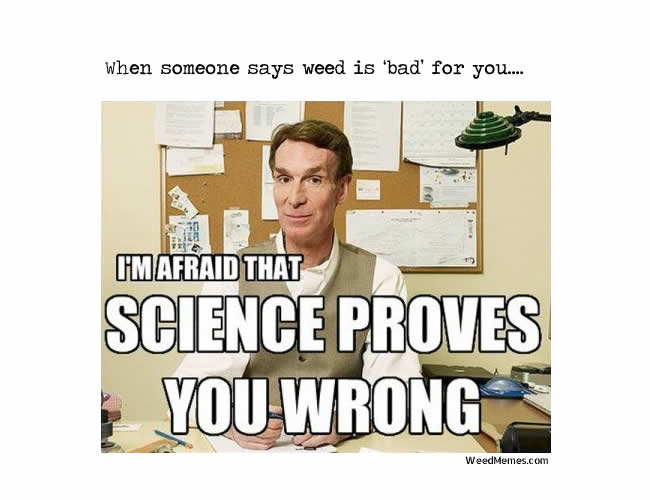 There is no better way to fight the ignorance on marijuana than with science! And science has shown that weed has many potential health & medicinal benefits. Bill Nye’s famous quote fits the case of cannabis!

When someone says weed is “bad” for you…

Even with limited research on cannabis that currently exists, there are many promising results showing the possibilities in the yet to be discovered health properties of cannabis. Support ending the prohibition on marijuana so that the scientific community is free to further study cannabis for the benefit of mankind! Get the best Bill Nye Weed Memes & End the Ignorance on Marijuana quotes at WeedMemes.com. 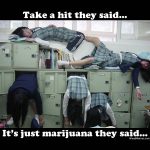 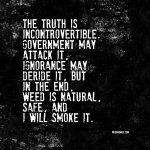