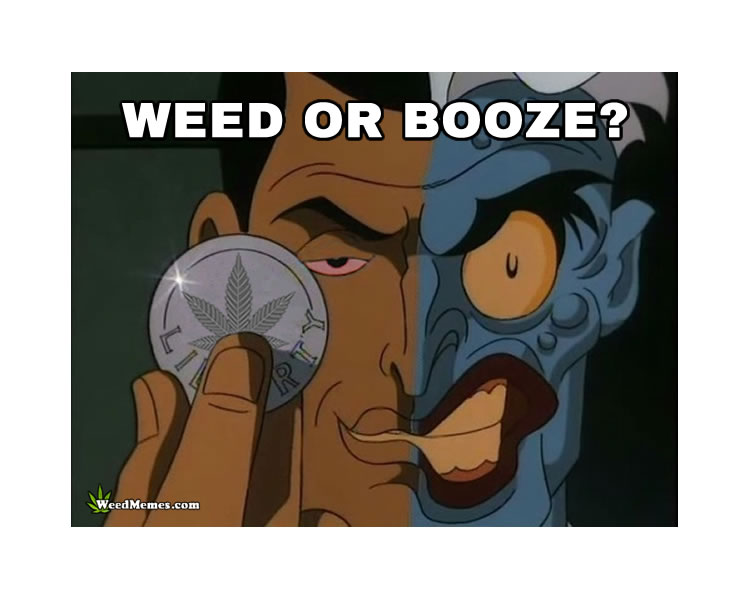 Weed Fact: Did you know that legalizing cannabis can significantly reduce alcohol consumption?

One makes  you mellow and thoughtful. The other crazy and stupid. Two Face Harvey Dent Batman Weed Memes showing Two Face with Marijuana coin flip for the choice between weed and booze.

Which is  your choice? Weed or booze? Most experts willing to be honest about cannabis will state that marijuana is safer than booze. This Two Face from Batman shows the dramatic difference in effects between weed and alcohol. Get the best weed vs alcohol weed memes and funny Batman spoof marijuana memes at WeedMemes.com. 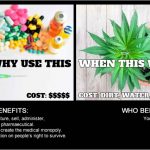 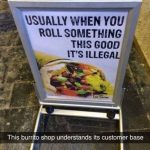