Marijuana – Before – After – Right After Weed Meme

Bag of weed. Roll it. Smoke it. Be Happy. Marijuana memes at weedmemes.com

We all know the “stoner” stereotype that’s typically been associated with smoking marijuana. Pot smokers are portrayed in the media as the underachiever who loses their train of thought mid-sentence, chuckles, then walks off to listen to some Bob Marley while looking for their DVD of “Half Baked”, which they were just watching and is still running on the TV.

Exaggeration yes, but the fact is that many people still see marijuana users as “different”; that they belong to a subset of the population simply because of the marijuana. A harmless stoner with no direction in life.Someone to be tolerated but not admired or emulated. [Read More at Weed Journal]

Weed Memes brings you the latest marijuana and pot smoking memes for your blazing entertainment. If you like funny pot memes and truth marijuana legalization memes, be sure to visit weedmemes.com to stay up to date on latest marijuana shit! 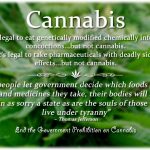 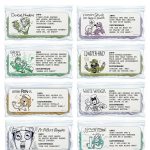